Florijan is the man of the family, who takes good care of farm animals all year round. When it is time to roll his sleeves up, he also helps his wife Alenka in the kitchen to prepare fragrant dishes that conquer your palate. Their oldest daughter Valentina takes extra care of the guests who leave happy and satisfied. 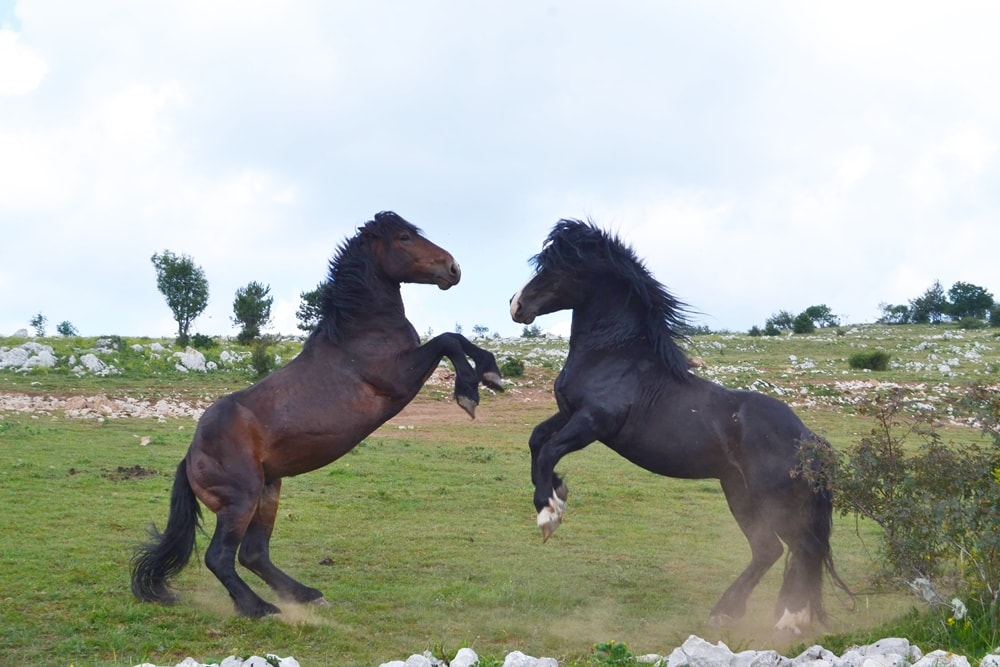 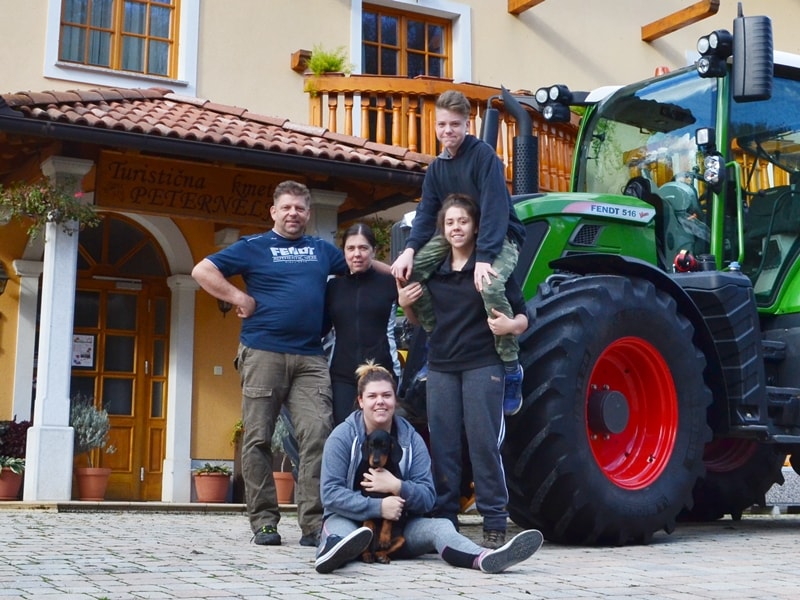 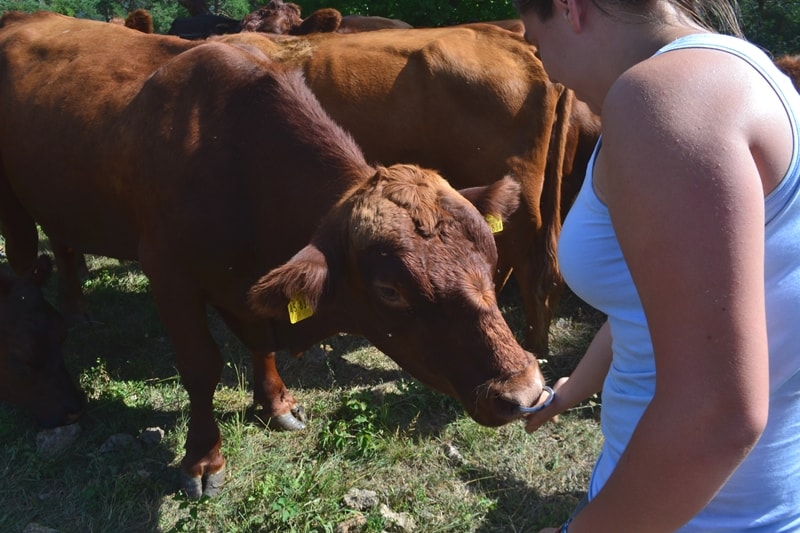 Their younger daughter Urška and son Jaka, who still go to school, always find time to give an extra hand. You may happen to encounter Pepa the doe at you arrival. The happiness and joy of our farm are undoubtedly our four-legged friends, hunting dogs Džiro and Gala. 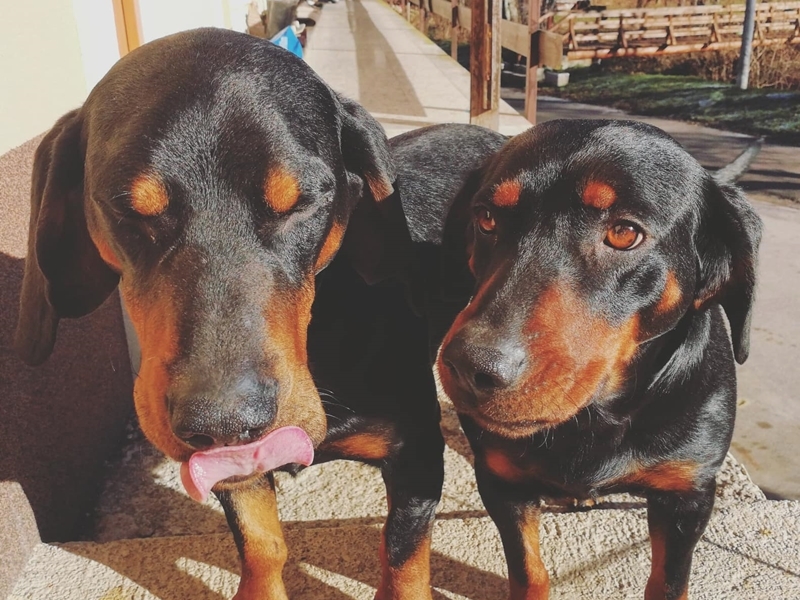 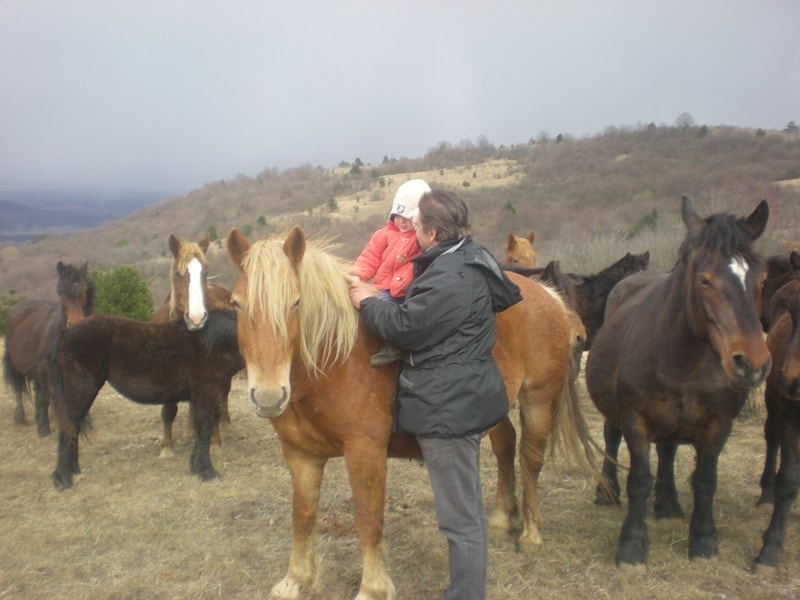 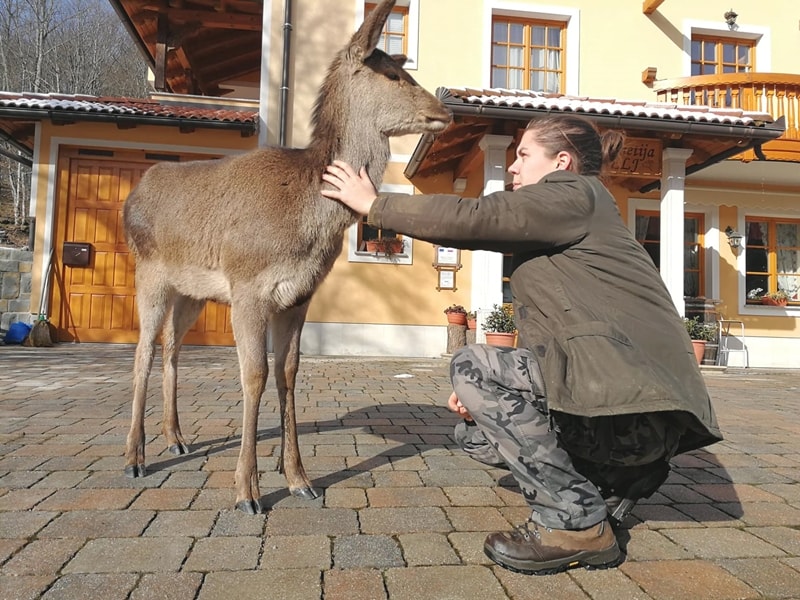 Our farm’s story began in 1992 when owner Florijan Peternelj started an independent organic farming activity, his farm’s stock consisting of one mare, a couple of cows and a couple of calves. He has managed to raise the number of stock over the years and to extend the surface of farming lands.

In 2001, we officially started organic farming by registering our farm according to the requirements, thus becoming organic certified.

The construction of building facilities began in 2008, which enabled us to carry out tourism activities on the farm stay.

Our catering facility that can host up to 60 guests was opened in 2009.

Due to the growing need for new capacities, additional surface facilities were added in 2015. Accommodation facilities were restructured in 2015, which enables us to host up to 30 guests per night.

We are a family-owned farm. The whole family helps and everyone does their best: owner Florijan together with his wife Alenka and their three children: Valentina, Urška and Jaka. 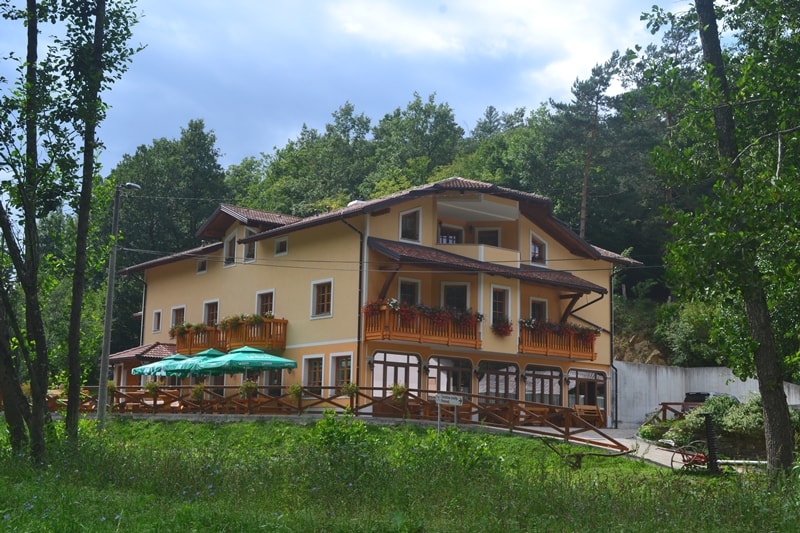 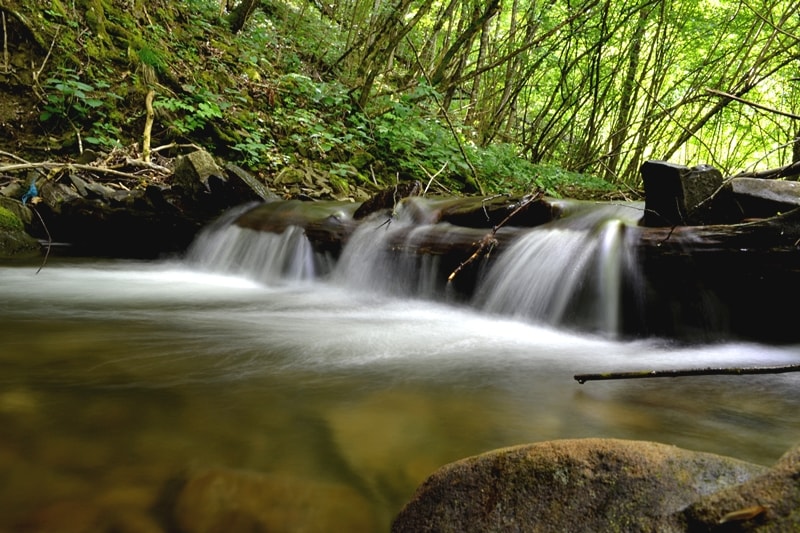